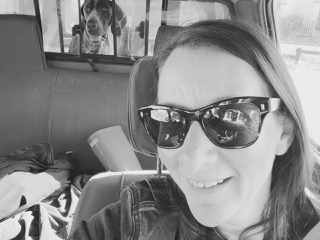 She is a multilingual and gifted organizer, creator of teams, and magician with budgets and financial control.

Kim started her career in Cape Town working as Assistant to the Executive Producer for Maximum Films.

In 1999 she moved to London to work for Grey Worldwide in their TV department. She was soon appointed as Senior Account Manager with responsibilities for major clients including Pringles/Procter and Gamble, Nokia Mobile Phones, Remington, and the NHS Direct.

She returned to Cape Town in 2002 to work with Filmworks as Marketing Director and Producer, and on to Buenos Aires in 2004 where she worked in Marketing and Film Production.

In 2005 she took control of day to day management of The Network in Cape Town where she has built on previous success and developed a loyal clientele from all corners of the globe.

Interests: Clouds, stones, the sound of rain, lasting love, trees, old cities, smiles from strangers, animals expressions, the quiet of Paris in the early morning, laughter, my friends, my friends pets, sushi, people who respect themselves, mojito’s, black and white photo’s, the noisiness of nature in Castellar de la Fronterra, the attitude of cats, butterflies erratic flying, chilli poppers and tequila, observing strangers, the sounds of waves, chocolate in any form, travelling in a country when you don’t know a word of the local language, footprints, secrets, discovering new things about people you know well, the smell of the air before it rains, eyes, honesty, all things Asian, wondering, lying beneath trees, gadgets, change, words.

Favourite Quotes: Insanity is doing the same thing over and over again and expecting different results – Albert Einstein.

About Me: I like to travel, so although my home is technically in Cape Town I am probably more of a nomad. I like to write, I like to observe, I enjoy meeting new people, I like languages, new places, new ideas, new points of view. I ask a lot of questions,