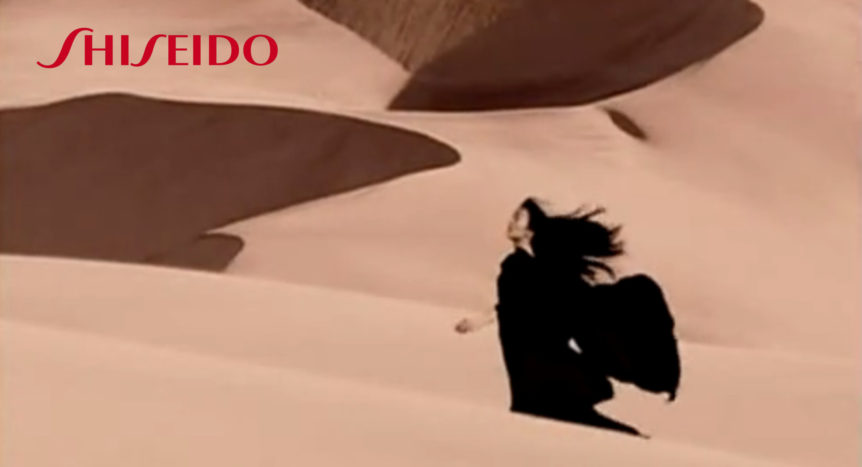 An intricate and beautiful project for Shiseido out of Japan; we wrangled African wildlife (zebras and eland), visited stunning locations including savannah and desert dunes; researched and selected across five African countries but ultimately shot closer to home in Namibia and South Africa. An enigmatic concept for Shiseido with intricate post-production; juxtaposing exotic, oriental beauties and aesthetics, with the rugged landscapes, wide skies and big horizons of Africa. A fulfilling and rewarding shoot, with a great South African crew and support from our friends in Namibia. Professionalism and hilarity combined sufficiently to remind us why we love this business. We were privileged to work with some of Japan’s most celebrated talent on this commercial which featured six celebrated and exquisitely beautiful actresses, and was directed by Junji Kojima based on creative ideas from the feted creative director Takuya Onuki. All in all, a fantastic production experience, working across many miles with a great production company, Tohokushinsha Film Company (TFC), from Tokyo whose production team, lead by Takashi Aso (Production Manager) and Otsuki Timo Mitsuaki (International Producer), impressed with a very dynamic and powerful work ethic and their desire to make the experience pleasurable, and successful, on all levels.

In Japanese ‘omotenashi’ generally means ‘hospitality’, to Shiseido the cosmetics brand; it means something more, it is an attitude which is central to a strategy to stem a decline and stimulate growth “amid a global economic slowdown”. Shiseido’s management stresses that “omotenashi” means more than just “hospitality”, but a greater level of attentiveness and politeness to make customers feel valued and respected. Coincidentally, Shiseido’s ‘omotenashi’ mirrors the ethos, which we at The Network apply to our clients’ needs. Especially, in the case of the Tohokushinsha Film Company, for whom we recently provided production service for the Namibian and South African elements of their Shiseido “Tsubaki” project.

Here’s what Producer Otsuki Timo Mitsuaki had to say about working with The Network:

“Japanese jobs can be really tough. Honestly, it was a pleasure working with The Network. Usually when problems occur, it’s about the production flow and not the crew, I even sometimes thought they were Japanese! So much into detail and sharpness, our whole team enjoyed working with them.