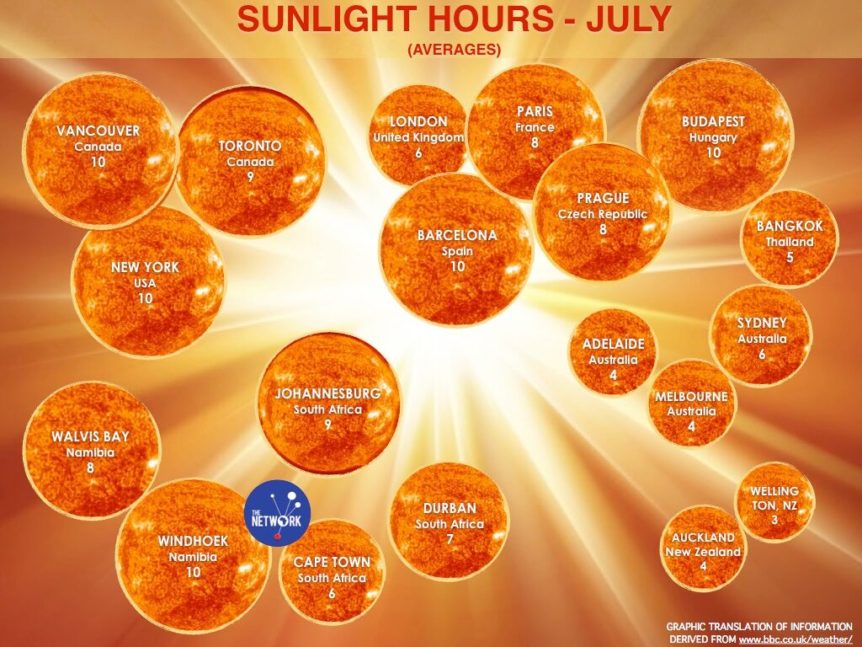 If “Winter” in South Africa is warmer and sunnier than the concept of “Summer” many people have from their own countries – can it really be described as “Winter”?

Average Sunny Days in May

The “cooler season” of Southern Africa compares favourably with the temperatures and light conditions, which would pass for Summer in Germany, England, Canada and many other northern hemisphere countries. With deals, discounts and an exchange rate to warm the heart of even the frostiest of producers, South African winter is worth a second look as the above graphic featuring average showing average sunshine hours for May around the world shows.

Average Wet Days in May

Don’t get soaked on your next production budget due to a misconception about “Summer or Winter”. For a more detailed indication of the comparative sunlight hours and wet days at production centres around the World for the next six months, click on the links above. Of course if you are looking for something a little more wintery, we can probably find that too! Along with the extremely advantageous forex rates and off season deals to be gleaned, perhaps it is time to plan your next shoot in Cape Town — the ideal Winter Sun Destination.